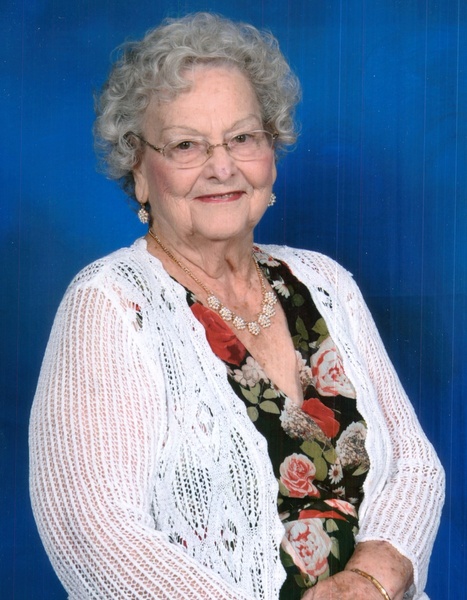 Mrs. Skelton was born May 31, 1931 in Pottsville Arkansas to the late John C. and Mille Mae(Harvey) Metz. She was the loving devoted wife of Vernon Donald Skelton for 62 years before he preceded her in death in 2012.

Surviving are her two daughters and son-in-laws, Dennis and Dot Woodall of Alpharetta Ga. and Bryan and Kathy Broadhead of Lenoir City Tn.  She is also survived by five grandchildren Kristen and Nathan Wolfenbarger, Tiffany and Zane McCusker, Kimberly and Kevin Burnett, Brittany Broadhead and Nicholas Broadhead, and seven great grandchildren Alba and Donovan McCusker, Alex, Jack, and Claire Burnett, Paul and Asher Wolfenbarger, as well as a brother and sister-in-law Lloyd and Barbara Metz, sister-in-law Sherry Skelton Broom and many nieces and nephews.

Funeral services are planned for Monday June 27, 2022 at 2:00pm in the Chapel of Canton Funeral Home. Visitation will take place the same day beginning at 1:00pm until the funeral hour. Officiating will be Rev. Mark Steinbach. Pallbearers include, Zane McCusker, Kevin Burnett, Nicholas Broadhead and Nathan Wolfenbarger.

Interment will take place on Friday July 1, 2022 at 1:30pm at Georgia National Cemetery in Canton Georgia.

Canton Funeral Home is honored to serve the family of Ethel Skelton.

To order memorial trees or send flowers to the family in memory of Ethel Marie Skelton, please visit our flower store.