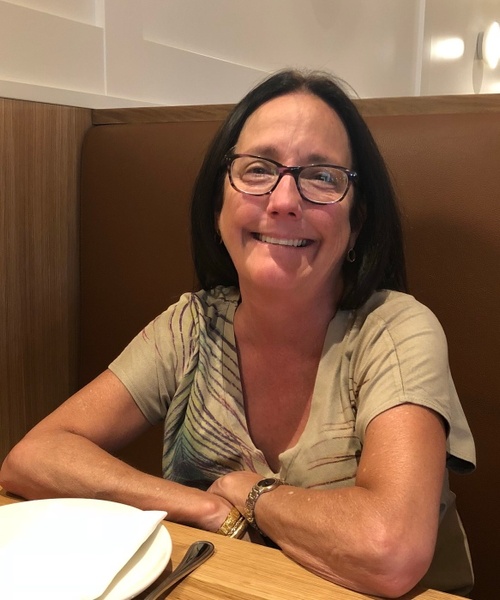 Elizabeth Jane Byrd of Alpharetta, GA passed away on March 27th, at the Cancer Treatment Center of America in Newnan, GA

Due to the COVID-19 restrictions in place, a "Celebration of Life" event is now being planned for Jane's family, and close friends on, May 2nd, 2020 at Jane's home in Alpharetta, GA.

Elizabeth Jane Byrd was born in Lakeland, FL to William Lee and Mary Frances McDonald, on August 4th, 1959.  She graduated high school in Lamar, SC in 1977.  She earned an Associate Degree in Fashion Merchandising from Florence Darlington Tech in 1981, where she was also elected as the Student Government Association president, and recognized in Who’s Who of American Junior Colleges.  Jane also studied business administration at Clemson University 1977 - 1979, and 1981 - 1982.  She met her husband Ted Aaron Byrd at Clemson University in 1978, and they were married in Lamar, SC on November 13th, 1982.  Jane and Ted started their lives together in Southern California, but later took up residence in Alpharetta, GA in 1986.    Jane worked various administrative assistant jobs in the Atlanta area, and in May 1998 elected to stay at home, to be able to spend more time with her family.  Jane's love, and laughter, with friends and family, will be deeply missed.

Elizabeth Jane Byrd is preceded in death by her father William Lee McDonald.

Memorials may be given to St. Jude Children’s Research Hospital  https://www.facebook.com/stjude/

To order memorial trees or send flowers to the family in memory of Elizabeth Byrd, please visit our flower store.