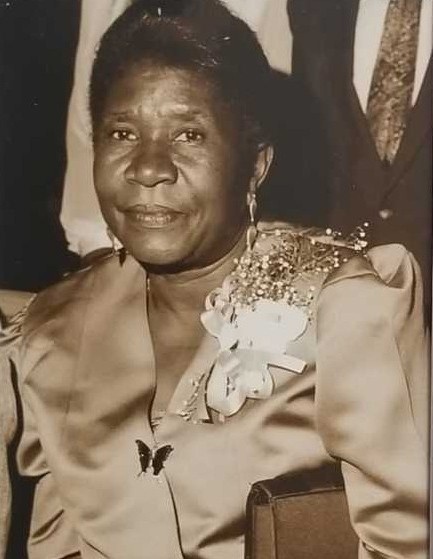 Mama Ceralia was born in Port-De-Paix, Haiti; but has been living in the U.S. for the past eighteen years.

Mama Ceralia married Nicolas Carvil at the age of 17 years; and that marriage produced a daughter. The marriage ended in divorce five years later. Then, she met Seraphin Rosant with whom she had seven children.

Home going ceremony with family and close friends is scheduled on July 3rd, starting at 10:00 AM with viewing; followed by a funeral mass at 12:00 pm; and interment at 1pm at Canton Funeral Home and Cemetery at Macedonia Memorial Park. 10655 E. Cherokee Drive, Canton, GA 30115.

Mama Ceralia was a devoted and dedicated mother. She lived her life for her kids. She was only 39 years old at the sudden death of her partner, Seraphin. Her children’s ages ranged from 8 months to 15 years of age.

Mama Ceralia was a farmer and a businesswoman. She worked tirelessly to provide for her family. She had a firm belief in God and believed that God would not give her more than she could handle. She touched many people being a giver by nature.

Mama Ceralia gave up her life to leave a legacy that will last for many more generations. You will be missed by your kids, grandkids, sister, nieces, and nephews, but God is rejoicing by your precious presence.

To order memorial trees or send flowers to the family in memory of Ceralia Pierre, please visit our flower store.